For architecture magazine JA86 “Next Generation -Manifestations of Architects under 35-“, 18 architects of age 26-35 was featured, including SUGAWARADAISUKE, and as a part of this, an exhibition was held at Shibuya Hikarie.
In this exhibition, rather than a mere display of models and panels, we aimed to create an interactive piece that is affected by the movement of viewers, inducing action to the next viewers.

1. Big White Box
On the surface of a big white box, strips of texts run horizontally, and various shaped holes are excavated. Looking into the holes, the viewer can see inside the projects contiguous to surrounding landscape.
The posture of viewers, stooping low or reaching on tiptoe, reveals the distribution of interest physically, inducing passersby to stop and start peeping into the hole in their own ways.

2. Decreasing Exhibits
Each project is shown on panels mainly by photographs and kept low profile. Description such as texts, drawings, and photographs are printed on ‘postcards’ on shelves, which the viewers can not only read about the projects, but also take some home. The amount of the ‘postcards’ that decrease during the exhibition, represents the distribution of viewer’s interest visually.

These two methods allow viewers to participate actively, peeping in models and picking up postcards. They elicit the distribution of viewers’ interests, and at the same time affect the next viewers. This is an interactive exhibit that creates a ‘chain of interest’, a link that affects the next viewers beyond time. 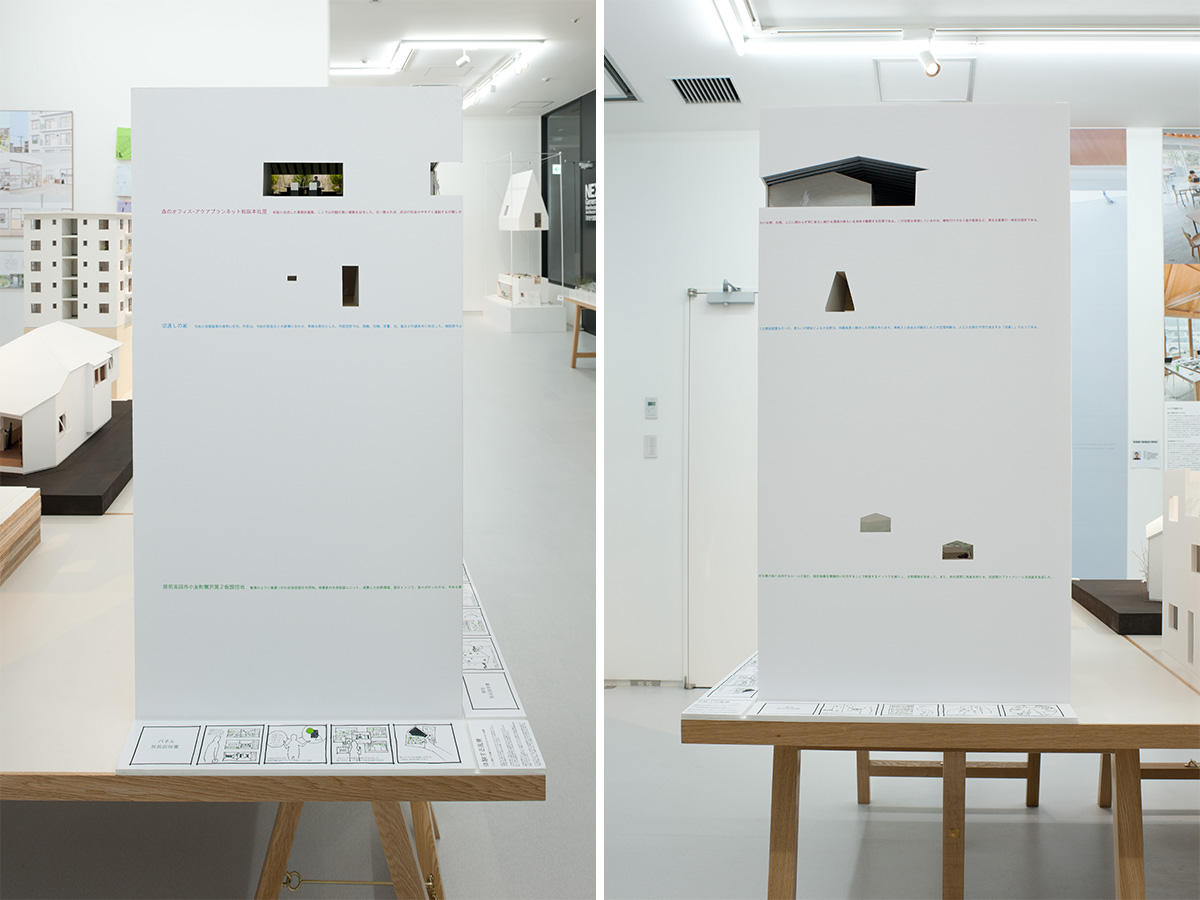 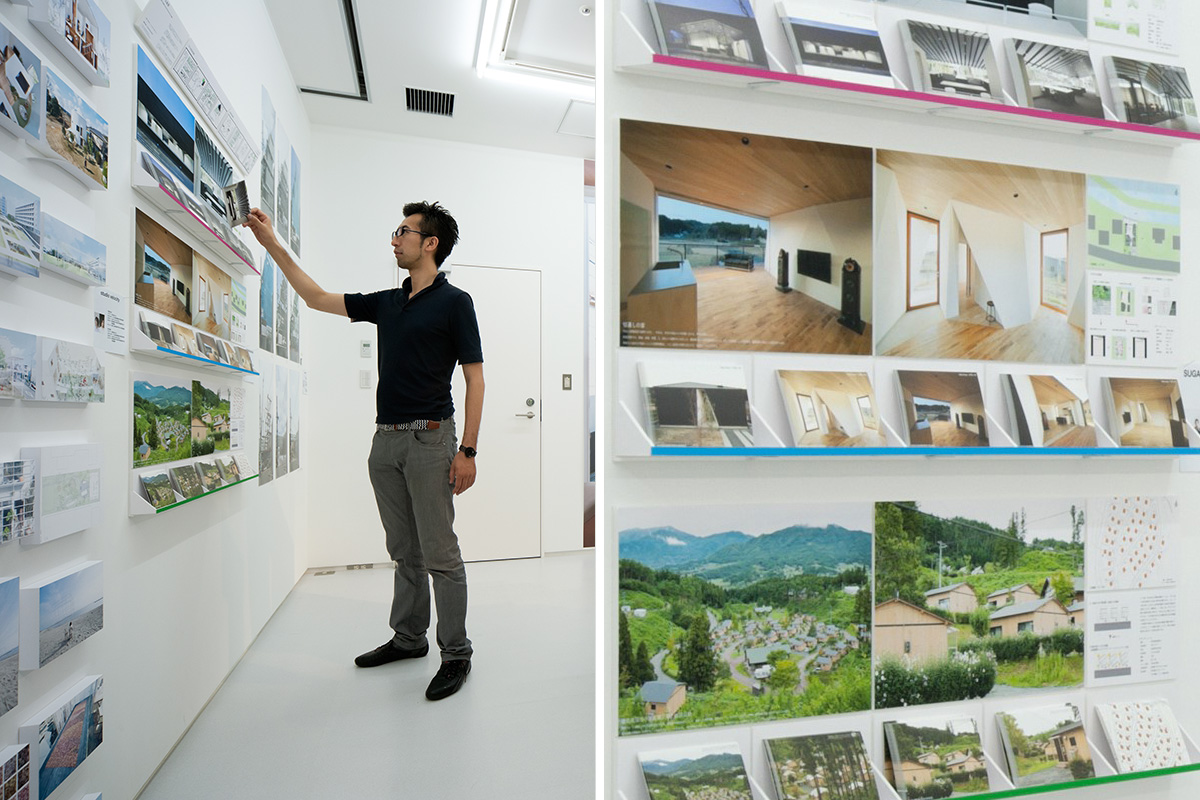 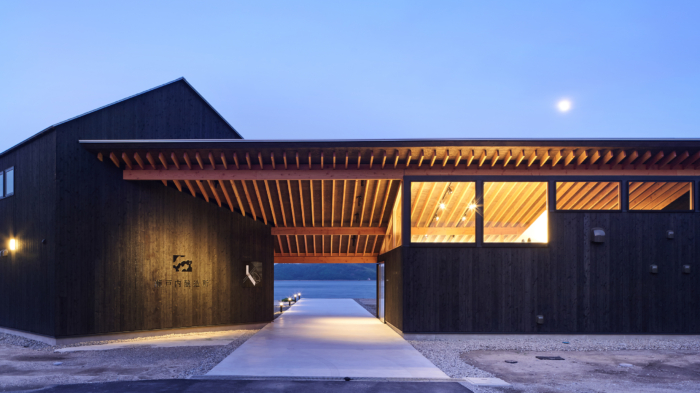 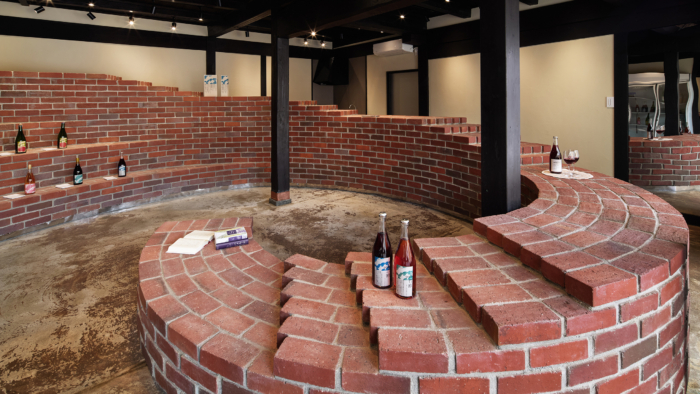 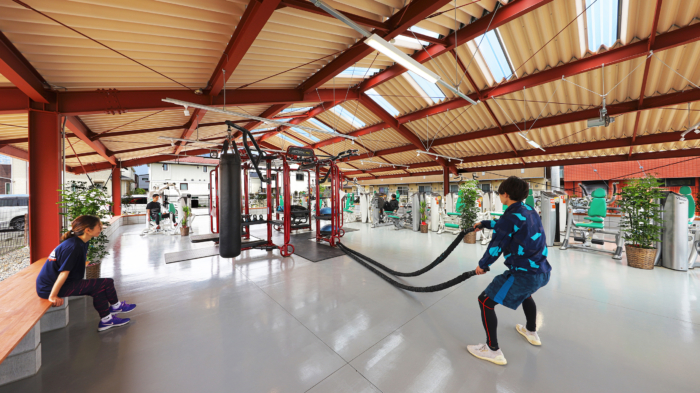 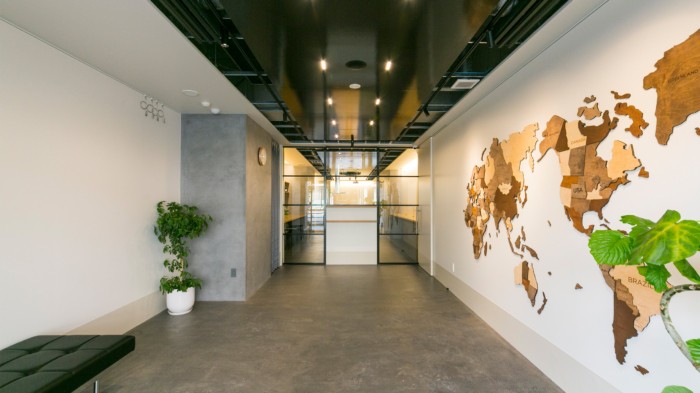 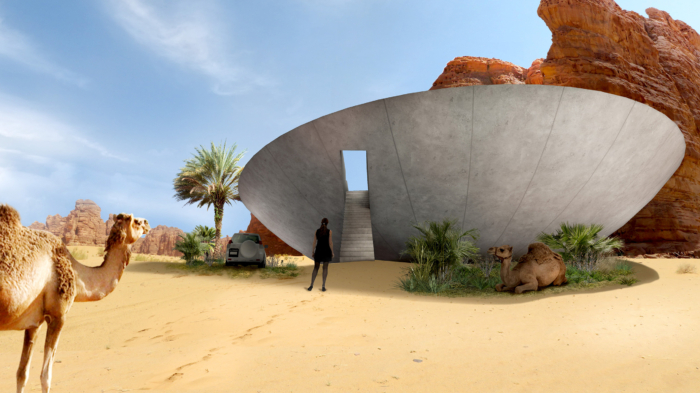 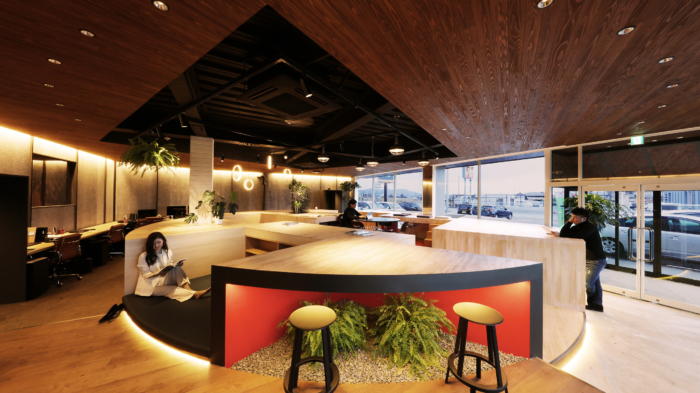 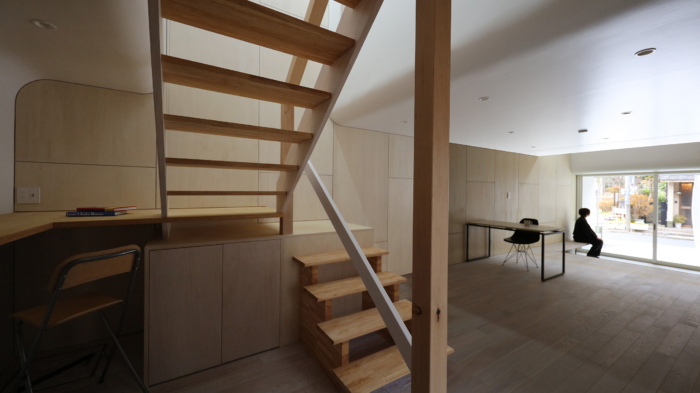 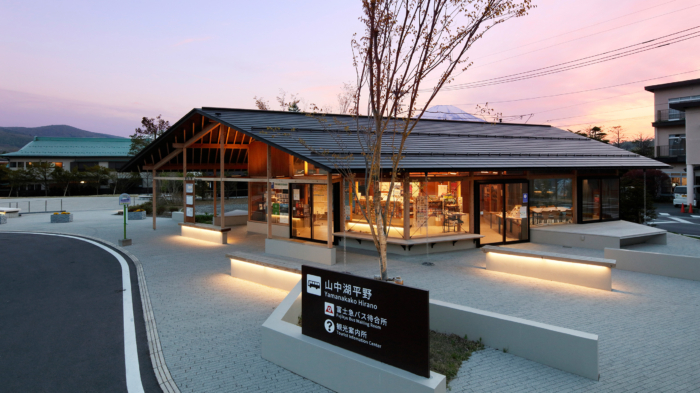 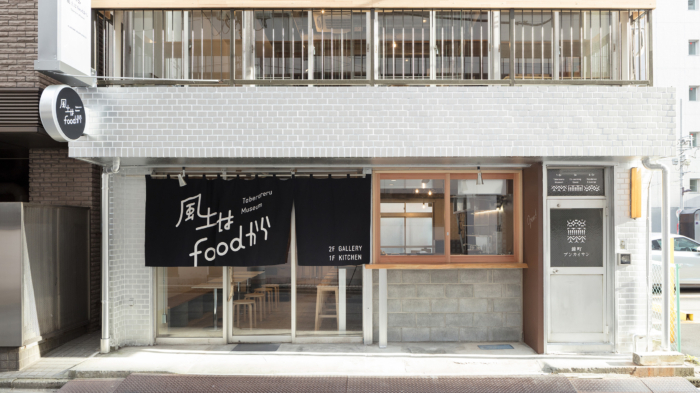 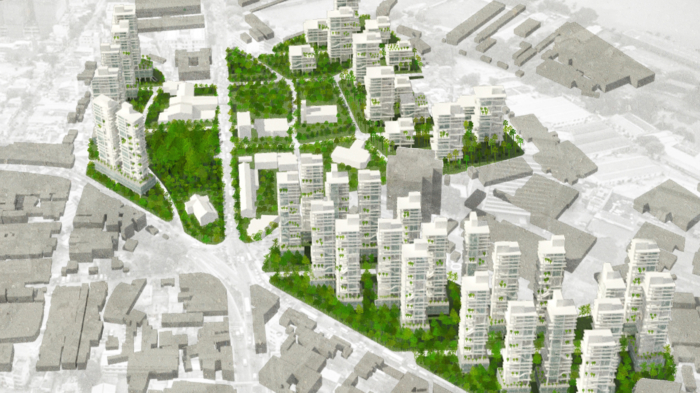